As tutorials go, this one is going to be a little sketchy! Unfortunately I didn’t take photos of the making process, not knowing I was going to attempt a tutorial.  The crafting is all simple enough…please ask questions if anything isn’t clear.  There was quite a large element of crochet to the garland I made, but if you can’t crochet then never fear – I’ve included crochet-free options to make a garland that will be every bit as effective.  So, without more ado… 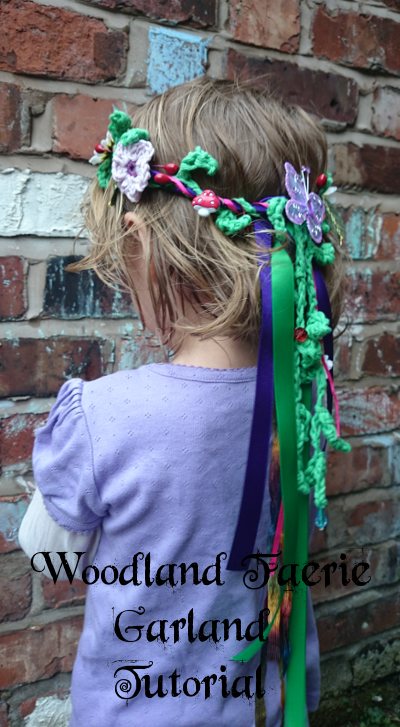 What you will need:

And that’s it! It’s quite straightforward but could be varied in so many ways…I’m quite tempted to try an autumnal version in shades of gold, copper and flame – and it would be interesting to see how it would look if you ditched flowers in favour of leaves in a variety of shapes and colours.  Hopefully I’ve inspired someone to have a go at making their own version…if you have a go at making a Woodland Faerie Garland I’d love to see pictures! 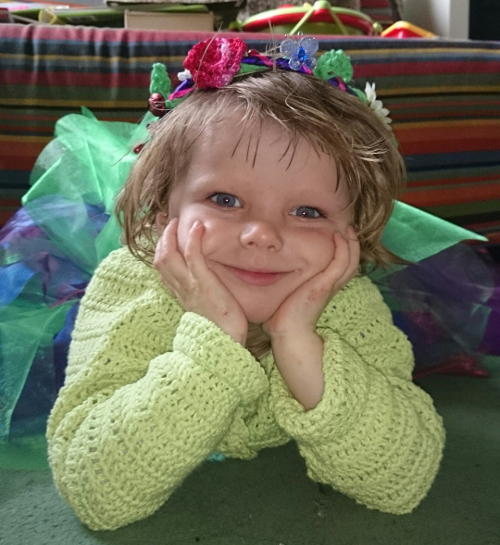 Some of you will know that for the last eight months or so I have been almost-but-not-quite-officially going ahead with the illustrations for a children’s book about a froggicorn! In fact, it’s been on the back burner for years, but for many reasons – not least the fact that I wanted to devote a considerable amount of time to it – the project hasn’t been able to get properly under way until now.

The story, entitled ‘The Loveliest of All was the Froggicorn,’ was written by Kay Green of Circaidy Gregory Press some years ago, but has never been published until now.  I’m incredibly excited to be illustrating it, partly because it’s a perfectly formed and very appealing story and partly because it features a whole variety of mythical beings, so illustrating it really is a fantasy artist’s dream!

We’re planning to release the book by September 2015, so it will be my main project for the next year and a bit.  I want to illustrate it lavishly, so there’s a lot to do!